APM Terminals Mumbai, the busiest container terminal handling facility in India has once again achieved the milestone of handling more than 2 million TEUs (Twenty-Foot Equivalent Units) throughput in 2019. This is for the second time that the terminal, commissioned in 2006, has managed the feat; consecutively handling more than 2 Million TEUs in a year over the past two years. APM Terminals Mumbai remains the only Indian container terminal to have achieved this record in a calendar year.

“As a team, we are proud to have achieved the milestone of 2 million TEUs once again. On behalf of the management, I would like to thank our customers for this achievement, without whose collaboration this would not have been possible. I would also like to express my gratitude towards all our stakeholders – Jawaharlal Nehru Port, Jawaharlal Nehru Customs, our employees and all members of the trade who have helped us operate at high productivity levels to make this achievement a reality once again”, said Mr. Girish Aggarwal, COO, APM Terminals Mumbai. 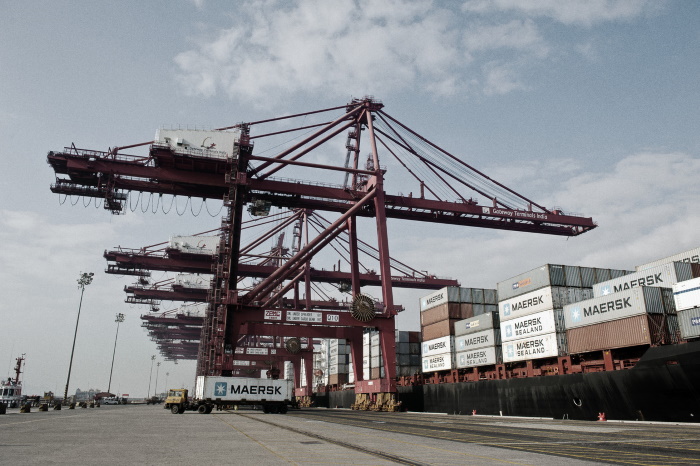 The terminal has continued its focus on strong collaborative efforts with all its customers – shipping lines, cargo owners, Container Fright Stations (CFSs) and transporters to realise high efficiency levels. Initiatives partnered with CFSs such as ‘Vehicle Booking System’ and digitisation measures such as ‘Customer Service Portal’ have boosted the efforts towards ensuring customer delight. All process improvement initiatives are based on a strong safety culture which not only covers the employees but even external stakeholders thus reducing any time losses due to safety concerns. The terminal further remains committed towards improvement of ease of doing business at the port by embracing increased digitisation interventions.
Source: APM Terminals