APSEZ bans containerised cargo inbound from Iran, Pakistan and Afghanistan for all terminals

Adani Ports and Special Economic Zone (APSEZ) on Monday issued trade advisory statements that with effect from 15th Nov 2021 it will not be handling any containerised cargo originating from Iran, Pakistan and Afghanistan. Almost a month after nearly 3,000 kilograms of heroin was seized from two containers at Mundra Port.

“Please be informed that with effect from November 15, 2021, APSEZ will not handle EXIM containerised cargo originating from Iran, Pakistan and Afghanistan. This trade advisory will apply to all terminals operated by APSEZ and including third party terminals at any APSEZ port till further notice,” the advisory signed by Chief Executive Officer Subrat Tripathy said. 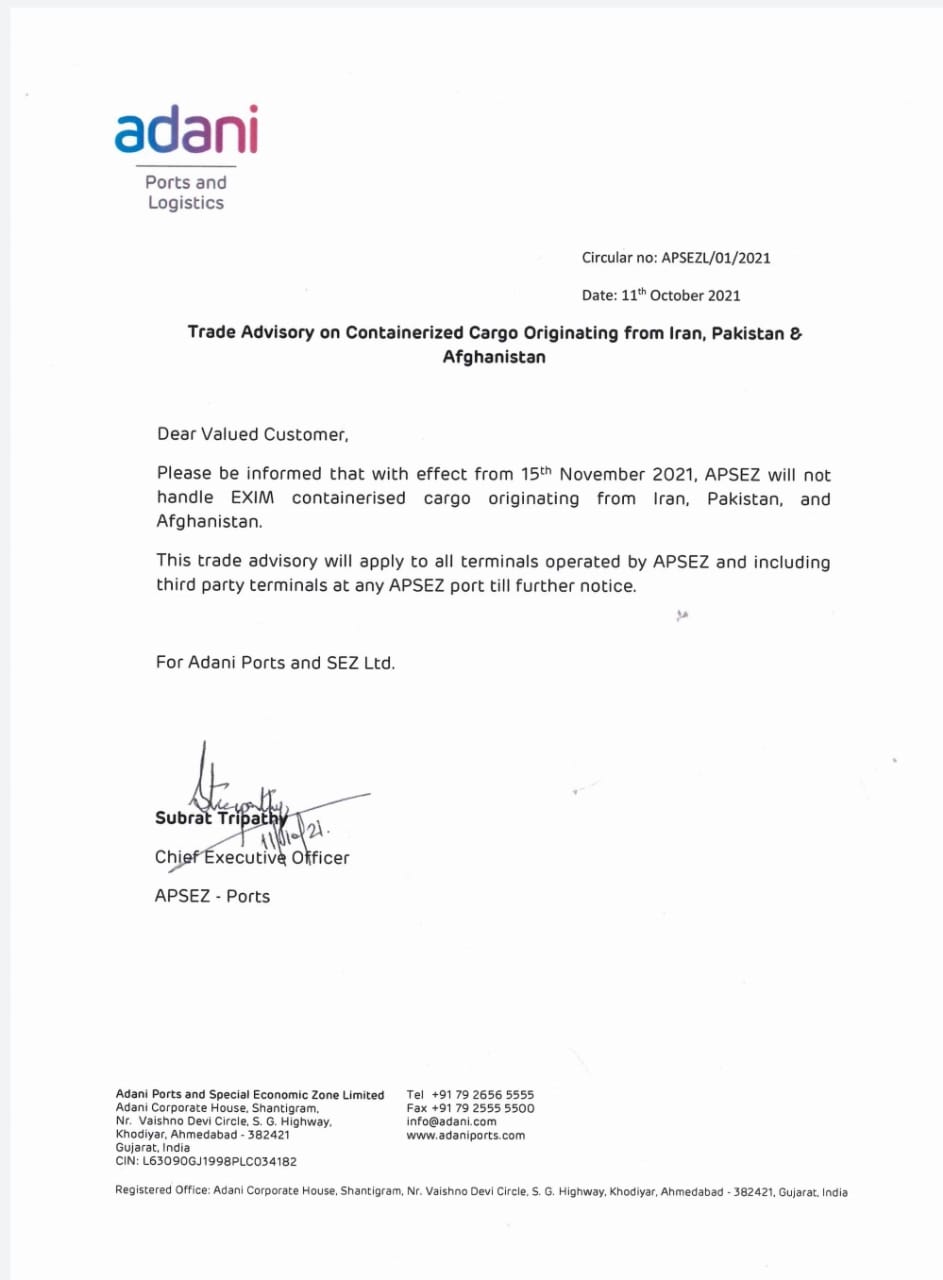 The APSEZ move comes after the Adani Group was targeted on social media in the wake of recovery of a huge quantity of drugs by the Directorate of Revenue Intelligence (DRI) on September 16. The company was also forced to put out a statement on September 21 that read: “APSEZ is a port operator providing services to shipping lines. We have no policing authority over the containers or the millions of tonnes of cargo that pass through the terminal in Mundra or any of our ports.”

Last month, the heroin was found in two containers at the port that were declared to consist of “semi-processed talc stones”. The cargo had arrived from Afghanistan via Iran’s Bandar Abbas port in the name of a Vijayawada-based trading company. The case was transferred to the National Investigation Agency (NIA) on October 6.