Global merger and acquisitions (M&A) and raising activity in the oil and gas upstream sector totaled US$63.4bn in Q3 2019, representing a 50% decrease from the US$126.8bn in M&A and capital raising deals announced in Q3 2019. By volume, the number of deals decreased by 30% from 338 in Q2 to 269 in Q3, says GlobalData, a leading data and analytics company. 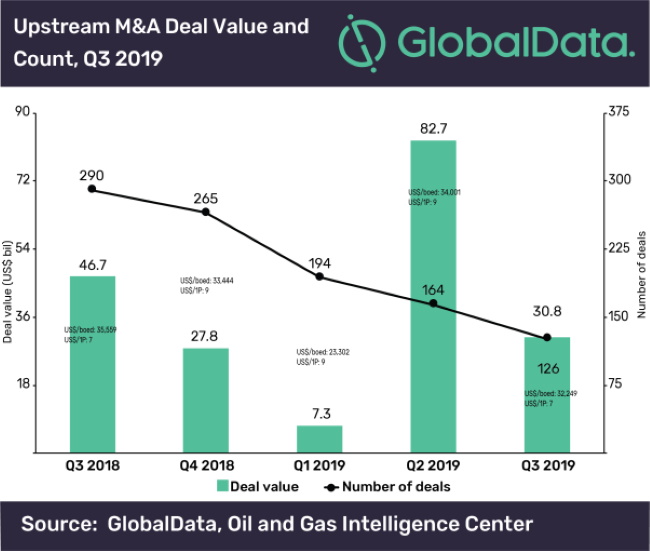 Praveen Kumar Karnati, Oil and Gas Analyst at GlobalData, comments: “Capital raising, through equity offerings witnessed a substantial decrease in deal values, recording US$1.2bn in Q3, compared with US$14.5bn in Q2. The number of equity offering deals also decreased by 17% from 109 in Q2 to 90 deals in Q3. 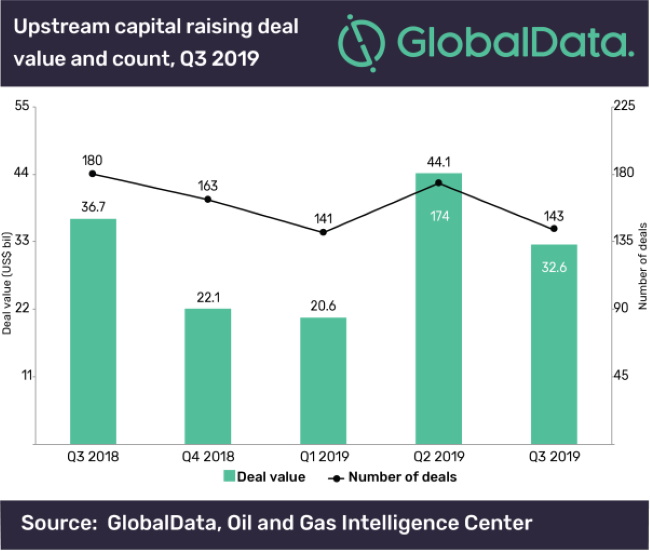 The top M&A deal of Q3 was BP’s agreement to sell its entire upstream and midstream business in Alaska to Hilcorp Energy for a consideration of US$5.6bn. Following the transaction, BP will exit from Alaska oil and gas business.

One of the top capital raising deals of Q3 2019 was Petroleos Mexicanos’ public offering of notes for gross proceeds of US$7.5bn. BofA Securities, Citigroup Global Markets, Credit Agricole Securities (USA), Goldman Sachs & Co, HSBC Securities (USA), J.P. Morgan Securities and Mizuho Securities USA acted as joint book running managers to the company for the offering. The company intends to use the net proceeds from the offering for its general corporate purposes, including the repayment of short-term loans.

Global M&A and raising activity in the upstream se....