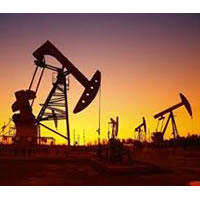 Libya’s production recovery is slowing as the country’s ageing oil infrastructure comes under pressure, with more falls likely in coming days due to series of pipeline leaks, the chairman of state-owned National Oil Corporation said June 9.

Mustafa Sanalla, speaking at the Libya Investment Conference, said the country’s crude output had fallen by 50,000 b/d in recent days due to issues at the Sharara, the largest oil field, along with pipeline leaks which were affecting operations at the Waha oil fields.
Related story: Libya self-reports April crude output of 1.168 million b/d to OPEC

The pipeline leaks at the Waha oil fields could cause an output of loss around 160,000 b/d if the leaks were not fixed imminently, Sanalla said.

The 32-inch pipeline which carries crude from the Samah and Dahra oilfields to the Es Sider port has observed some leaks in recent days, leading NOC to shut-in some fields. The pipeline was repaired in January, shutting in around 200,000 b/d of Libya crude output at the time.

NOC is still hoping to pump as much as 1.45 million b/d by the end of 2021, as some eastern oil fields resume production. But this still hinges on NOC receiving its full annual budget along with improved security at its oil infrastructure.

But a lack of finance allocated for maintenance and repairs caused by political instability has made it difficult for NOC to maintain the assets, keeping a lid on output.

A large part of Libya’s infrastructure was wrecked by civil war, militant and terrorist attacks, and ensuing general neglect over the past decade.

Libya produced 1.15 million b/d in May, a rise of 30,000 b/d despite a slight fall in exports, according to the most recent S&P Global Platts OPEC Survey.

“Broader disruption risks persist to our forecast for supply of 1.2 million b/d through year-end, given sporadic blockade threats and technical issues,” S&P Global Platts Analytics said in a recent note.

Libya holds Africa’s largest proven reserves of oil and its main light sweet Sharara and Es Sider export crudes have a high yield of middle distillates and gasoline, making it popular with refineries in Europe and China.

Libyan crude output under pressure due to pipeline....