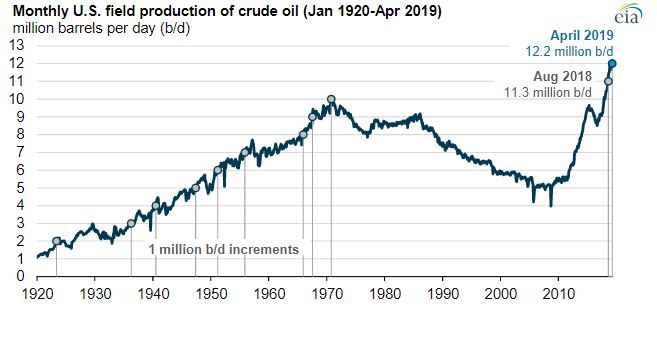 Despite pipeline capacity constraints, the Permian region’s month-over-month growth averaged nearly 100,000 b/d for almost all of 2018. Industry efficiencies in pipeline utilization and increased trucking and rail transport in the region have allowed crude oil production to continue to grow. In the latest Short-Term Energy Outlook, EIA forecasts that Permian production will average 4.4 million b/d in 2019, a 920,000 b/d increase from its 2018 average. 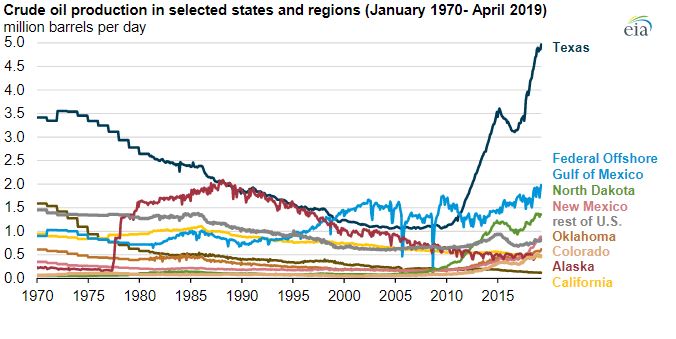 EIA forecasts GOM production to average 1.9 million b/d in 2019, making this region the second-largest contributor to crude oil production growth from 2018 to 2019. The forecasted growth is driven by 14 new fields brought online in 2018 and 9 new fields expected to come online in 2019. These 23 fields collectively are expected to contribute more than 200,000 b/d of the total 1.9 million b/d of GOM production in 2019.