Why is India set to review its oil import contracts 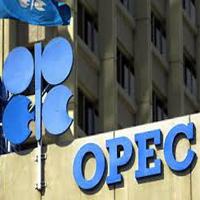 Following the Opec+ decision to resort to oil production cut at the behest of Saudi Arabia, the Indian government has asked state refiners to review oil import contracts. Besides, India has also been working on diversifying its oil imports from non-Opec+ countries. Mint explores.

What are India’s major sources to import oil?

India is the world’s third largest crude oil importer and imports 84% of its oil requirements. In February 2021, Iraq remained the top oil supplier to India followed by the US as refiners increased purchase of cheaper US crude by 48% (14% of overall imports) thereby relegating Saudi Arabia to being the fourth largest supplier, and offsetting Opec+ supply cuts strategy. Nigeria was the third largest oil supplier. Traditionally, Opec+ and Saudi Arabia have been India’s mainstay suppliers, accounting for 86% of Indian oil imports. India’s oil import bill in FY20 and FY19 was $101.4 billion and $111.9 billion, respectively.

Opec+, which controls 40% of the world’s crude oil, aims to unify petroleum pricing of its members. Indian retailers purchase two-thirds of their oil requirement on fixed annual contracts. Opec+ assures supplies of the contracted quantity for the buyer, while price and other terms are balanced in favour of the supplier. The buyer is obligated to lift the contracted quantity, inform six weeks in advance of the quantum required and pay a price announced by the producer, while the supplier has the option to give less than the contracted amount. Thus, international price fluctuations do not influence cost of imported oil

As per the terms of the contract, suppliers can reduce supplies when Opec+ nations decide to lower production levels to hike crude prices, thereby, refusing to adhere to the contractual price (when price goes up?due to production cut). In January 2021, Saudi Arabia pledged additional output cuts of 1 million barrels per day, causing oil prices to spike to $61.22 in February 2021.

What are pros & cons of spot-led imports?

Increasing purchases from the spot market will help India avail the advantages of falling oil prices and book quantity of supplies needed. Thus, with producers’ cartel having the bargaining power in dictating prices and contracts, the Indian government is keen to explore oil supplies from regions other than West Asia and has asked IOC, BPCL and HPCL to use their bargaining power and explore alternatives, and look at favourable contracts. Indian refiners have already raised spot purchases from 20% to 30-35% in the past 10 years.

Why will mobilization of consumers not help?

India aims to reduce oil imports to 67% by 2022 by exploring local production options, green energy. But, with crude being a suppliers’ commodity and having producers’ cartel, India should try bringing importing?nations?together?and seek to build a consumers’ cartel. It may become a demand force against Opec+ and shift bargaining power towards consumers,?and achieve?an equilibrium price. The Centre initiating mobilization of importing nations needs to be explored.

Why is India set to review its oil import contract....